Dr. Brian L. Baldia has been a chiropractor since 1999. He graduated from Life University in Marietta, Georgia. After graduating he had practiced Chiropractic primarily in the suburbs of Philadelphia, PA, where he realized his special interest in Family and Sports Chiropractic. He was able to combine his interest in martial arts and Chiropractic by becoming the team chiropractor for F.I.T. Martial Arts Academy in Frazier, PA, as well as work with Daddis Fight Camp in Philadelphia, PA. Later on, he moved to the Binghamton, NY area in 2012 to live with his wife, Michelle, who is a pediatrician. After relocating to this area, Dr. Baldia has worked with amateur and professional fighters at Five Elements MMA & Fitness, Xtreme MMA & Fitness. In the past, he’s had the pleasure of working with the local women’s roller derby team, also he worked with the Binghamton Barbarians and Lady Barbarians rugby teams.

Helping keep local sports teams recover from injuries, but also keep them in peak performance is one of his passions. But ultimately, helping families live active lifestyles is via Chiropractic is his life mission!

Holly is CHIROsport’s chiropractic tech assistant and billing specialist. She has an associates degree in criminal justice, certified medical office assistant. Holly has since grown her education and is also now certified in Rock Tape and working on her personal trainer certification.

Holly was born and raised in Delhi, NY and moved out to Endicott for change of scenery. She now lives in Endicott with her husband and 2 sons. Her son, Jacek, loves to help in the office whenever he can!

After working for larger medical companies and having a family background of smaller business, she join our team!  Outside of work you can find her working as a health coach and working on her personal trainer certificate, while playing hockey with friends and family.

Pam has been working with the ChiroSport team Since November of 2016. She started out as a patient seeking relief from decades of back pain which limited her activities. Dr. B was able to get her “back on track”. She was so impressed with Dr. B and the staff that she started working here. Under the guidance and tutelage of Holly the Rockstar, she began her journey into her own wellness and helping others achieve theirs. She truly enjoys her work and she always has a smile on her face.

Jen is our teams newest chiropractic assistant.  Jen was born and raised in Broome County and is now raising her own family here. Jen graduated from SUNY Broome with a music therapy degree. She loves learning new things, having new experiences and wants to expand her knowledge in holistic medicine. She likes to make people smile and help improve their quality of life. When she’s not working, she loves the outdoors, reading books, listening to music and enjoying family time. 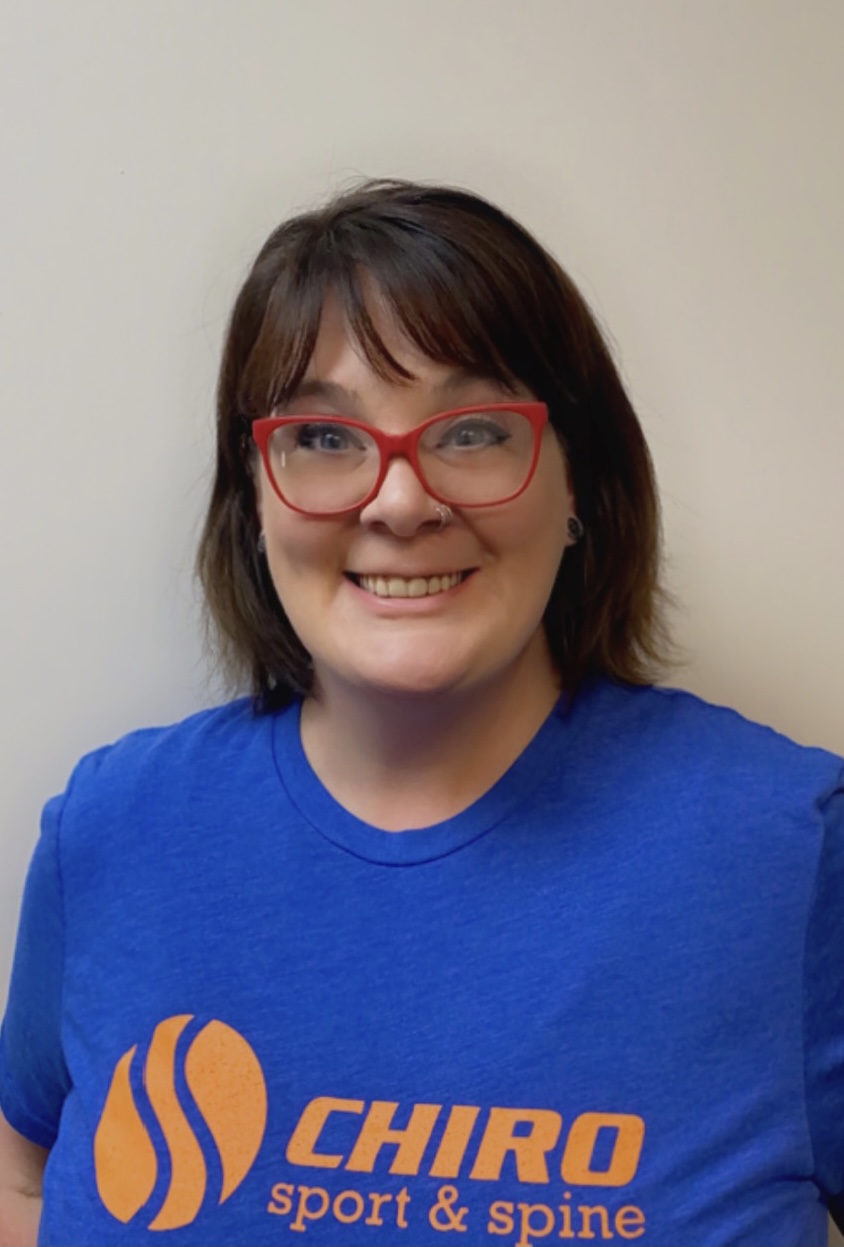